Will not tag anyone to end the Karma chain.

No particular order, except the order in which I thought of them

Obvious to anyone who might know me. At first there was only me.

Idling in the aisles of the Library on Queens Ave downtown looking for curious and unusual reads.

The Buddhist book which planted a seed in fertile soil.

It was far too easy to adopt the five precepts when they were so clearly outlined here, well before any actual practice took hold.

The bible, not said just by me. Once again, wandering and stumbling on Second City leftovers. Really, the first instructions I had ever had in creative freedom.

Yes, we were all there, all four of us, my family on the midnight of the releases. And we bought four because not one of us would stand waiting for someone else to finish the book.

Handed down a volume by my elder cousin with a few passages underlined.

A madman, not really so much a madman, paints until he drops dead. Screw the critics.

And the movie. And Alec Guinness.

And branches: Yes to Moby Dick. And Kate Bush.

It is only clear at the end that Jimson has suffered a paralysing stroke, and can no longer paint. As he is being taken to hospital, a nun who is nursing him remarks that he should be praying instead of laughing, “Same thing, Mother,” replies Jimson, his last words.

This site uses Akismet to reduce spam. Learn how your comment data is processed.

100 CATS is an animal art eBook with over 100 cat drawings for your iPad. 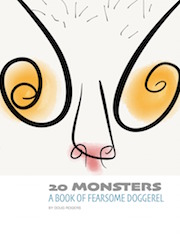 20 Monsters, a free ebook, is a collection of fanciful cartoon monsters and doggerel.

A One Day Walking tour through downtown Rome which covers the art history and architecture of two eras. Maps, Photos, Video, a personal guide and thorough knowledge about all the art and architecture you will see.